Grandma moved in with me two years ago today.

Whereas I used to go out several nights a week to meet friends and socialize after work, these days I’m more apt to stay home and watch tv or read.  To relieve stress (and sometimes just for a change of pace) I used to fly somewhere for the weekend every six weeks or so. Now, I am rarely away from the house for more than four hours at a time.  Leaving for even a single night requires planning and coordination.  Gone are the days of throwing some clothes in an overnight bag and disappearing on a whim to LA for a few days.

I used to take my freedom for granted.

It isn’t all bad, though.  From this massive change in lifestyle I’ve gained a lot.  I’ve gotten to know my Grandmother in a way few grandkids ever do.  I’ve learned how to put someone else’s needs ahead of my own and I’ve learned that no matter how hard things become, I can endure.  I am also the proud beneficiary of stories of a long-ago time before information was at your fingertips, before TV and even before the automobile.

People tell me all the time that I’ll look back on this and be thankful I did it.  What they don’t seem to understand is that I’m already thankful.  It can be difficult at times, certainly, but I’m aware every single day of the gift my Grandmother has given me by living to be so very old.  It’s given me a perspective I’d never have had otherwise.

When I was a little boy I asked Grandma how old she was.  “Ooooooooold” was her answer.  For many years that was the extent of what I knew about her.  Now, I can say that I’ve gotten to know her as a person.

From time to time, I catch a glimpse of the younger Norma.  It’s something in her eyes and the way she carries herself.  I no longer see the two-dimensional character I’ve always called “Grandma”, but a person with a long and very interesting history. 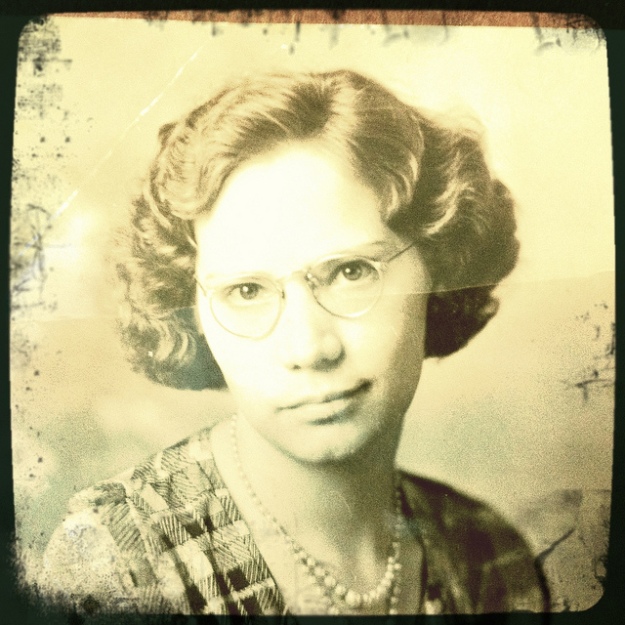 This photo was taken in the early 1930’s when Grandma would have been in her 20’s.

I see the young Norma, cutting hair for a living, in business for herself in the 1930’s.   I hear her speak of a man named “Peter” who she apparently dated for a time when she was young.  “He was quite a dancer” she says, a glint in her eye.

She talks about World War II and Adolph Hitler as though it was yesterday, and bemoans the fact that at 101 it seems like life has gone by in a flash.  I’ve gotten to know that the little old lady with wrinkles on top of wrinkles looks in the mirror and still expects to see a 16-year old looking back, that she actually feels sixteen despite her fatigue.

These past two years have been life-changing for me.  I value life more than I did before.  I appreciate the small moments.  I have more appreciation for the fact that the only certainty in life is death.  I don’t fear death anymore.  I fear not living my life while I’ve got it.

One of my all-time favorite movies is “Ferris Bueller’s Day Off”.  One famous quote that I’ve always loved, but that seems really apropos now is this:

“Life moves pretty fast. If you don’t stop and look around once in a while, you could miss it.”
~ Ferris Bueller~

One day after Grandma is gone I may just skip out altogether and explore the world.  I can think of no more fitting way to pay tribute to Norma than to live my life to the fullest.

6 thoughts on “Two years for a lifetime”