One of the many challenges of being a caregiver is trying to balance the other aspects of your life. It can be difficult to take time for yourself, let alone having the energy to be able to share yourself with others.

I knew when I took Grandma in that my life would be drastically different.  Since I was single at the time, I assumed that I was settling in for a long stretch of remaining single.  Even if I ultimately ended up meeting someone, having your 100 year old Grandma as a housemate would make things…awkward.

But, life has a funny way of throwing you curveballs.  Grandma had been here about 4 months when I met a wonderful woman through my photography group.  We shared a ride to a photo location one Saturday and there was instant chemistry.  Because we had an hour in the car each way we got to know quite a bit about each other.  To my surprise, she was really interested in the fact that I had taken in Grandma and wanted to meet her.  I ended the day by introducing her to Grandma.

As it turns out, she was a caregiver as well, living on the second floor of her elderly boss’s house, helping with his business but also taking him to doctor appointments and generally looking after him , so she understood the pressures of being a caregiver.  As a result of both of our schedules we were lucky to be able to get together more than a couple of times a week, but we made the most of those times.

We were able to get out of town together on a couple of occasions as well.  It was so liberating for both of us to be able to wake up next to each other and know that we could spend a few precious days with just the two of us.

I had been really quick to introduce previous girlfriends to my friends and try to work them into the social fabric that made up my life.  This time was different.  With Grandma living with me I didn’t get out as much to begin with. My social fabric became more just a piece of thread. Besides, my new girlfriend was painfully shy.  She met a few of my friends in ones and twos, but was always reluctant to get together with large groups of my friends.

Recently, one of my closest friends called her the “phantom girlfriend” because he’d never met her.  To be fair, he doesn’t live near me and I only see him a few times a year anyway.  The scheduling never quite worked out.

The months went by and we settled into a pretty comfortable schedule of getting together all day either Saturday or Sunday and then trying to see each other whenever else we could.  We also would talk on FaceTime every night, often spending over an hour chatting.

If one or the other of us couldn’t make it one week, we understood.  There was an unspoken agreement between us.  When you are a caregiver, the person you care for becomes your top priority.  We knew not to take it personally.

The past several months have been really difficult for both of us at work, and our respective elders have been in declining health.  Despite the mounting stress, we responded to each other with understanding when our plans would change.  Some nights, one or the other of us would email that we were too tired to talk, and whereas in past relationships there might have been resentment, or bruised egos, we knew that it wasn’t about us.

Recently, her boss’s health took a serious turn for the worse.  She was exhausted and became withdrawn.  When I get stressed I like to talk about it.  She’s the opposite.  She becomes more internal and marshals her energy for the work she has to do day-to-day.  We’ve seen each other a bit less, and there have been more nights where we were too tired to talk, but that’s just the price of admission for caregivers.

Last night, I got an email from her essentially breaking up with me.  I called her on FaceTime and I could see the toll that the stress of her situation is taking on her.  As we were chatting I went through all the emotions you go through in a breakup.  I wanted to lash out in anger, I wanted to plead, I wanted to ask why.

I did none of those things.  I told her that I would continue to love her. I told her that I understood that the way she handles stress is to withdraw, and I am not going to try to change that.  I told her that I’d give her as much space as she needs and that I’m not in a hurry to move on.  I understand that it isn’t something I did or didn’t do.  It just is.   We both cried. 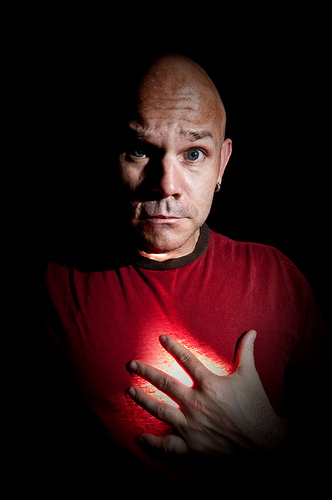 My heart is breaking.

In the end, what else could I do?  She can’t abandon this person who is essentially a father figure to her when he needs her most.  Would I abandon Grandma?  I understand that sometimes it isn’t all about what we want.  Being a caregiver demands sacrifice.  We have to make sure we take care of ourselves, but in the end, we’ve assumed a responsibility.  One of the things I love about her is that she takes that responsibility seriously.

I know most people probably wouldn’t be so philosophical right after a breakup.  Most people also wouldn’t become caregivers.  I understand what she’s going through and I hope that she knows how deeply I care for her.  And I just want to give her a big hug and tell her it will be ok.

2 thoughts on “No time for a broken heart…”